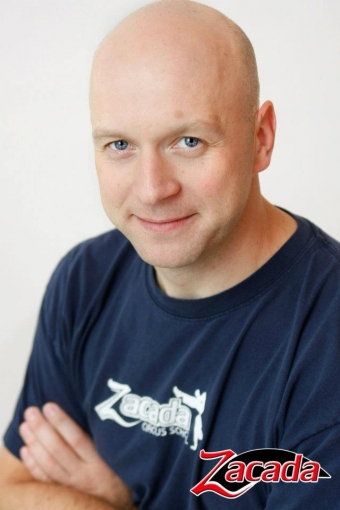 Kosta's experience performing with Cirque du Soleil inspired him to co-found Zacada Circus School with Christine Cadeau, and share his knowledge and love of the circus arts.

Kosta began his Acrobatic Gymnastics training at the age of 6, at one of the top schools for Acrobatics in the World in Kiev, Ukraine.

At 14, Kosta won the Ukrainian Championships, which began his acrobatic career.

He became a silver medalist at the World Championships of Acrobatic Gymnastics in 1994, and in 1995 received a contract with Cirque du Soleil.

In 10 years, Kosta has performed in more than 4,000 Cirque du Soleil shows in over 50 major cities around the world.

His areas of expertise as a coach at Zacada Circus School are Acrobatics, Hand Balancing, Trampoline, and Contortion.

Spaces are filling up quickly so don't miss the opportunity to let the creativity fly!

We wanted a new website that reflected the positive energy and fun of Zacada Circus School; we hope you like our new look!

Get fit and have fun with Zacada Circus School Classes – for kids and adults!